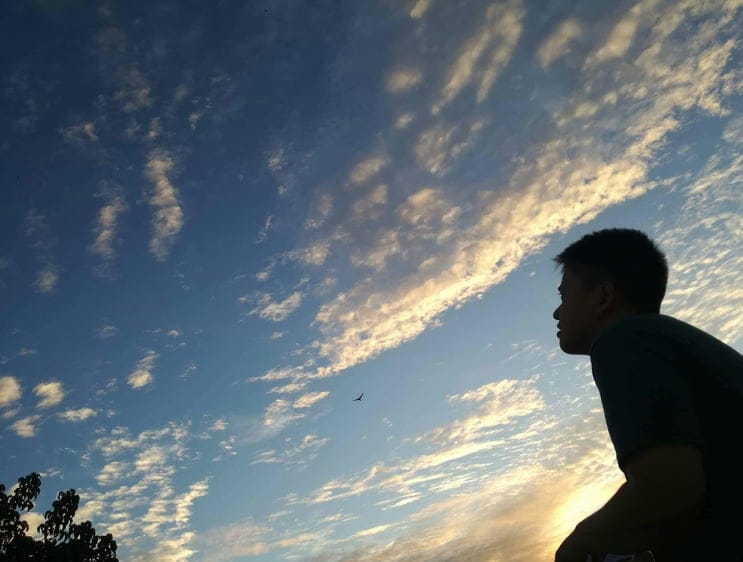 Growing up in the Philippines where being “different” stimulates hate and hurtful judgment, “coming out” is a difficult thing to do. And it takes a thousand shower of courage for a person to show his/her/their true self to the world.

I was just a little kid when I learned that I was different from my playmates. And also, at that early age, I witnessed that being expressly different is not safe. I saw kids who were being bullied and being hurt physically by their playmates. And a sad truth about being a kid who is “different” is having no friends at all. As a kid, I was afraid; so I think that is the reason why I used to be alone and quiet most of the time. I didn’t want to let them read my actions and be judged easily so I stayed away from people. And to keep myself safe, I tried to be “normal”. I wore girls’ clothes, get along with other girls in school, grew my hair long, and many other things— just to feel safe, when in fact, for a kid, the society should be protecting me from hateful acts.

I stayed in the closet for long years. I was not good at hiding truth, and I think, I can’t really act feminine, so people have seen me as “boyish” and I know some people had already judged me as “tomboy” in their minds. I tried to wear boys’ clothes once on a weekend activity. My adviser saw me and said “Why are you wearing clothes like that? Aren’t you ashamed of yourself? You’re a student leader, and you had the guts to wear such?” I was hurt, really. I felt like my abilities were judged because of a shallow reason—- a female body wearing a guy’s clothes. I tried my best to stay at the top of the class and be recognized in competitions outside school; I had worn medals and ribbons and they were proud of me, but those were all nothing just by wearing what I want. I said to myself, one day, no one will feel imprisoned by someone’s judgmental beliefs.

“When I became myself, I became better.”

It was college and I went to the city, away from a sick environment. There, I saw free people. Most of them are students like me. There, I felt I can be free. Although still closeted, I had the freedom to wear the things that I like. There, being different is normal, and being different is being unique. I felt so much joy because my environment was so full of colors. A sociology instructor even opened up a topic about sexual orientation. She said that there is this one girl who was openly proud for being a lesbian. If you were a typical pinoy who doesn’t have knowledge about the differences of people, you wouldn’t tell that she is a lesbian because she is so feminine. (Pinoys have this misconception that: lesbian acts like a boy and gay acts like a girl). That is where I learned that there are different kinds of lesbian, and being a lesbian is just one umbrella in the LGBT+ community. And outside that umbrella are a lot more umbrellas of different colors. And it is beautiful. She asked, “Are there any more of you here who are proud lesbians?” Well, she asked, proud “lesbian”. I cannot even identify myself as a lesbian, although that is what people asked me a lot of times. So I did not raise my hand. When I went home, I did my research and learned about kinds of lesbian, but I just couldn’t find a label for myself. I didn’t feel any pressure, so I just let myself “unlabeled”.

I was in 4th year when I suffered from depression. I felt like that was the stage where I couldn’t release my full potential, and being “unlabeled” may have triggered the depression a bit because I felt like I was lost. It was also the time that I enrolled my OJT course. We were forced to wear skirts in class because they said the policy is “Females must wear PROPER uniform.” It was just so hard, so I kept being late or absent from classes. I felt guilty for not going to school, but at the back of my mind, I can hear myself say that it is safer to just stay at home. I was way behind in school when I was on my 5th year because of absences that caused my failed subjects. I had a chance to enroll for summer to finally graduate, but I chose to stop for a while. I chose to try to understand where I was coming from. When I was alone, I looked at myself in the mirror, and I saw a wasted person. I saw someone who hates the body reflecting in the mirror. My hair was so messy and long, I was unhealthily fat, and one that caught my attention, I hate my chest. I took a sit and opened my laptop. The first thing that I looked for was a male haircut fit for my chubby face, then a light bulb lit and I typed on Youtube “How to hide chest?”. That is where I felt like my path has been cleared. I saw a beautiful word and it explained everything to me— TRANSGENDER. Yes, I am a transgender. That was where I learned things that taught me how to love myself. May 2014 and I came out as a transgender in social media.

“Never forget that there may be changes on my physical self, but I will never be gone. It is still me.”

When I became myself, I became better. I became motivated to be fit; the following semester, I excelled in my classes and finally graduated; I became vocal and open; I became a believer of God (I used to be a non-believer); finally I am free! I admit that there was a point that I almost rushed to transition, but I care about my health more than my still fresh and young desire of medical transitioning, so right now I am still pre-T. I am preparing myself financially, emotionally, socially, and mentally. There are a lot to consider before I take actions. Right now, I am working and saving a part of my hard-earned money for my medical transitioning; I am also an advocate and a part of an online support group for transgender males like me.

Like I said, I need to consider a lot of things before I make actions. That is why I want to take this opportunity to tell my family a message from my heart: “It is not your fault that I grew up with fear. It was my choice anyway to just keep quiet about it. I never blamed anyone of you for the things that you forced me to do, for the words that I didn’t want to hear, for your expectations that I failed to be. Sorry if I took this fight alone.

Thank you for still accepting me and loving me for being me. I know that part of my journey is you, and you need to transition with me. I will let you take your time until you fully understand what I want for myself. Never forget that there may be changes on my physical self, but I will never be gone. It is still me. Maybe you have lost your daughter/sister, but I hope you are all proud for gaining a son/brother. I went solo before, but now, I will do it with you. I love you all!”

I also like to thank my partner for supporting me on my journey. You are God’s blessing to me.

I sent my story to inspire people who are afraid to be themselves. You are not alone. We are here. Don’t fear; speak up and be visible. 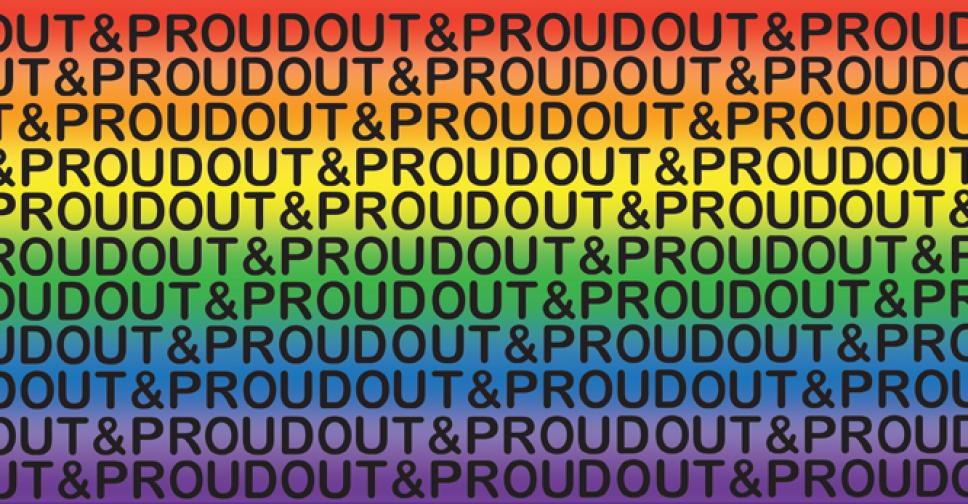