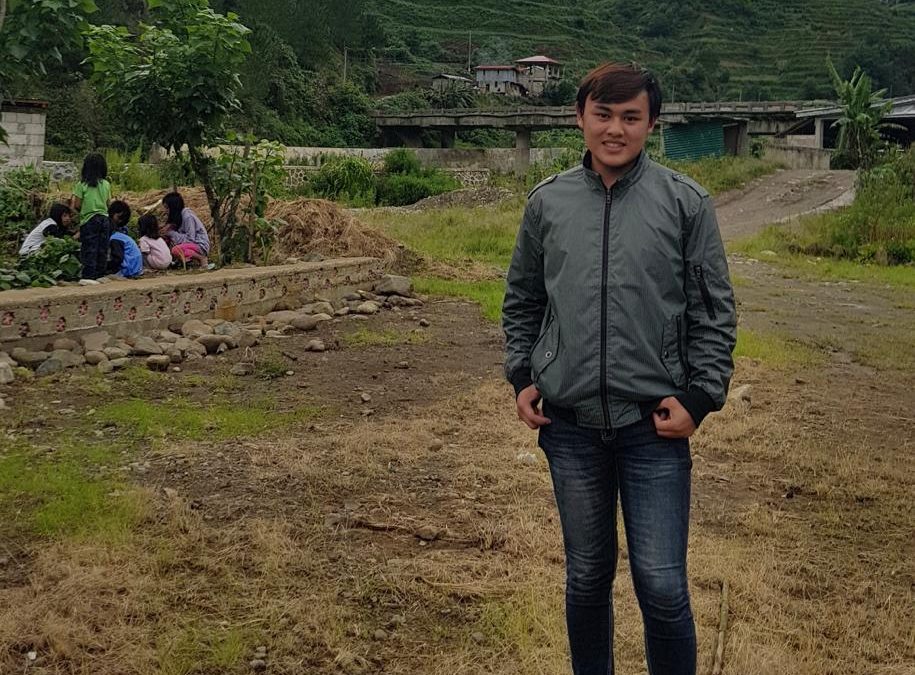 Todays Out & Proud story comes from someone special who I had met in the summer during my travels in the Mountain Province of the Philippines. 18 year old, Eddy.

I had travelled to the North to do some independent charity work and met with students, teachers and community leaders to discuss their challenges and needs of resources.

After a community meeting had ended I noticed that Eddy had remained in the room, so I spoke to him and we shared stores about our lives. He is a lovely warm, funny and smart guy.

I suspected that he was gay… so I discretely shared that I was gay and in a relationship with someone in Amsterdam. He then shared that he was gay too. I asked him if the others knew and he said no. He has only told one other person, his (ex) best friend. When he told her, she stopped the friendship. “It is very difficult to be gay here”. He told me that he can’t tell others because the community and the people are not open to it.

He told me how he is the only son and has 4 sisters. And that his parent bully and hate him for being how he is. His father put him in a sack, closed it and put him in the attic. He was so upset after an argument with his parents bullying him… he then lifted his arms and showed me the scars on his wrist where he tried to commit suicide. Thankfully he was quickly taken to a hospital. He asks his parents, ‘am I really your son?’ because of the way they treat him.
He is stuck. He is too poor to leave. Too poor to be himself in a place that does not understand him.

His dream is to study. To study hard, to be independent, to be himself and to be happy. This kid is hilarious. And so determined to do well. He’s studying Information Technology, constantly makes sassy jokes and self admittedly confessed that he uses humour to hide all the pain. “Making jokes: it’s the only way I know to get through all of this”.

His story broke my heart. I told him that with the money I raised with my friends that we will sponsor his scholarship. The cost is 10,000 pesos a term ( €161). Then he almost started to cry and almost made me cry. I’ll continue to support him after I leave to make this happen. And gave him some money so that he can have internet access on his phone so he can contact me if ever he wants to chat. I told him and made me promise not to hurt himself again. I told him that he is strong and beautiful as he is. And that he’ll find a ‘family’ outside of his biological family. I told him study hard to show his parents that he’s successful and happy, and if they don’t love him after that… then it will be their loss.

It’s stories like Eddy’s which is why our organisation Filipino LGBT Europe is so important. There are so many people we can still help in the Philippines. People who feel scared and alone, who feel misunderstood by their family and peers. I believe that Eddy is going to be a success. And more importantly…. he is going to be happy!