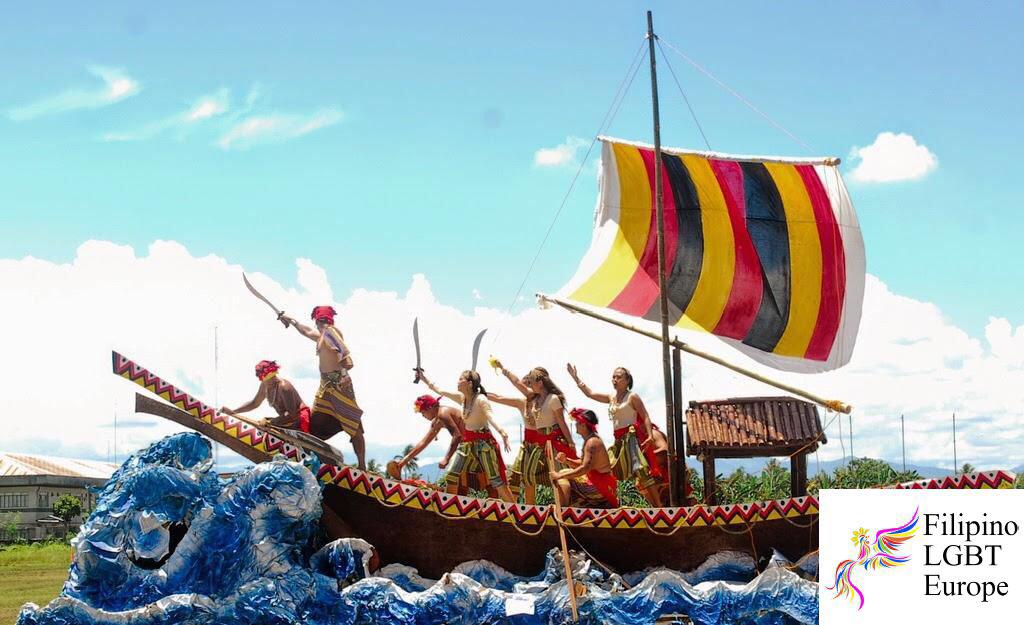 History has been made.

The Filipino LGBT Europe is proud to announce that we are joining the Amsterdam Canal Pride 2019 as one of the 80 participants in the boat parade. After careful examination of all the applications, the Filipino-themed “Balangay” boat concept has been chosen to take part in the world’s biggest Pride event. The “Balangay” will be the first ever Asian float to participate in the Pride festival under the theme “Remember the past, create the future”.

“Balangay,” a pre-colonial Filipino vessel, represents cultural and historical significance to Filipinos around the world. Balangay is also the etymology of barangay, which refers to a small, closed-knit community. The concept represents the Filipino community, reminding us who we are and where we come from.

“We are very thankful for the opportunity given to us by this year’s organizing committee of the Amsterdam Gay Pride parade as we represent the success and struggles of Filipino LGBTs advocates in the Philippines,” Chairman of the Filipino LGBT Europe Chris Sta. Brigida said.

“We are very excited to visibly add to the parade’s cultural diversity, by showcasing our unique, colorful, and rich ethnic Filipino-Asian heritage.”

Through the parade, the Filipino LGBT Europe hopes to bring the issues of the community into spotlight. The fight for LGBT rights is gaining momentum in the Philippines. The organization is hoping to send a strong message of solidarity amid the challenges of discrimination, inequality and lack of legal recognition.

“I would like to invite Filipino LGBTs in Europe to join us in Amsterdam this August. Let us send a message of solidarity to our LGBT brothers and sisters in the Philippines as we celebrate diversity and love in Amsterdam,” Sta. Brigida said.

More information about Amsterdam Pride via this link: https://pride.amsterdam/canal-parade/?lang=en