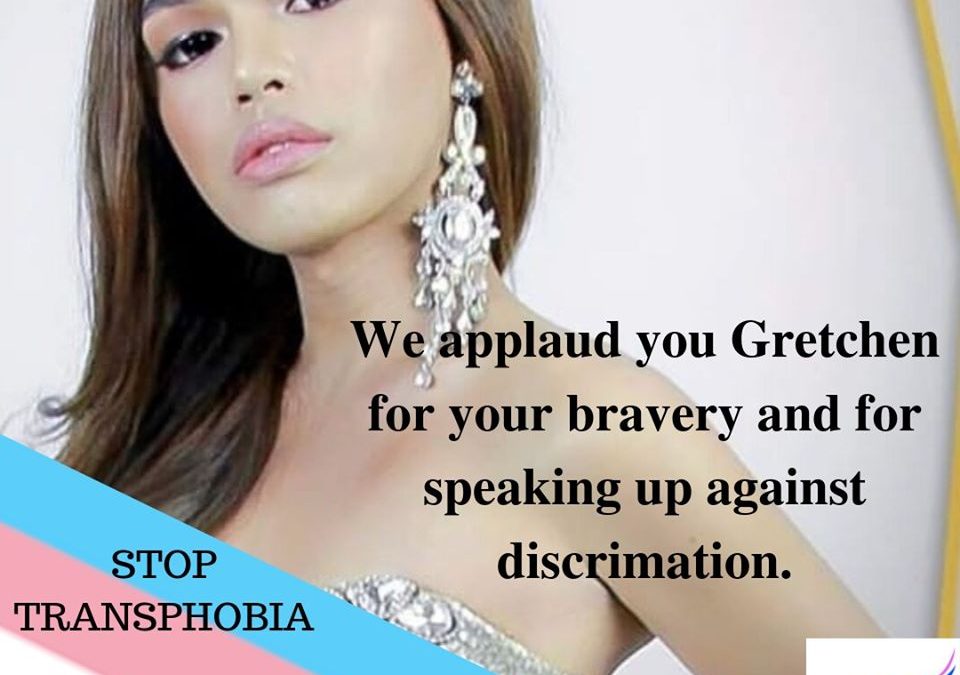 Filipino LGBT Europe stands together with Gretchen Custodio Diez, a transgender woman who was physically and verbally abused, detained and handcuffed last Tuesday, 13 Aug 2019 in Cubao, Quezon City for using a women’s toilet in Farmers Plaza.

We STRONGLY CONDEMN the violent and abusive actions on Ms. Diez, as well as the underlying prejudice against members of the LGBT community. Such abusive actions are manifestations of the lack of respect, understanding, and acceptance of a person’s gender identity and expression.

The city has implemented a Gender Fair Ordinance since 2014 that aims to protect members of the LGBT community against this kind of discrimination and to uphold and protect everyone’s human rights and dignity.

We APPLAUD Gretchen Custodio Diez for her bravery to stand up to defend her rights.

We COMMEND Cong. Geraldine Roman, together with various LGBT advocates, who rushed to help, showed support and solidarity and ensured that her rights were/are being protected.

We CALL on the management of the FARMERS PLAZA to provide training and guidance to all its staff and employees on the importance of respecting and upholding gender identity rights and dignity of every individual.

While we do appreciate QUEZON CITY government’s commitment in upholding and preserving human rights of all its citizens by being the first LOCAL GOVERNMENT UNIT in the Philippines to have an ordinance to protect and uphold the rights concerning Sexual Orientation and Gender Identity and Expression by passing the GENDER FAIR ORDINANCE in 2014,

We CALL on QUEZON CITY government, particularly Mayor Joy Belmonte and @Vice Mayor Gian Carlo Sotto and all the city’s current leaders to strengthen its commitment in upholding and preserving the rights of all its citizens, and ensure the proper implementation of the ordinance. 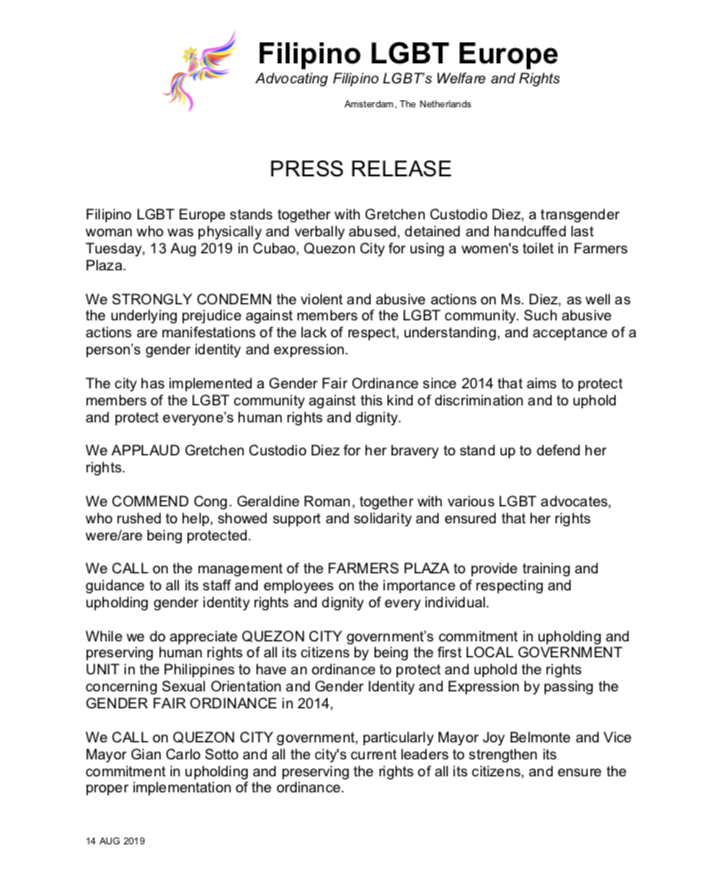 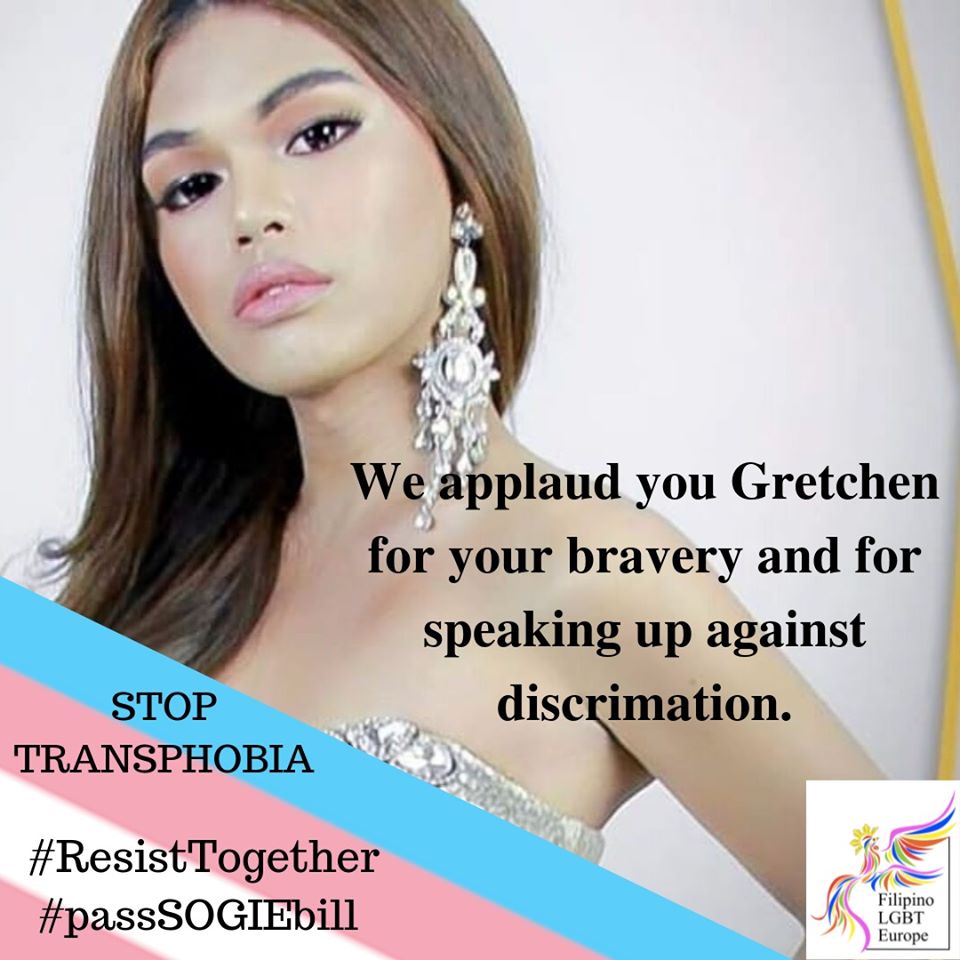