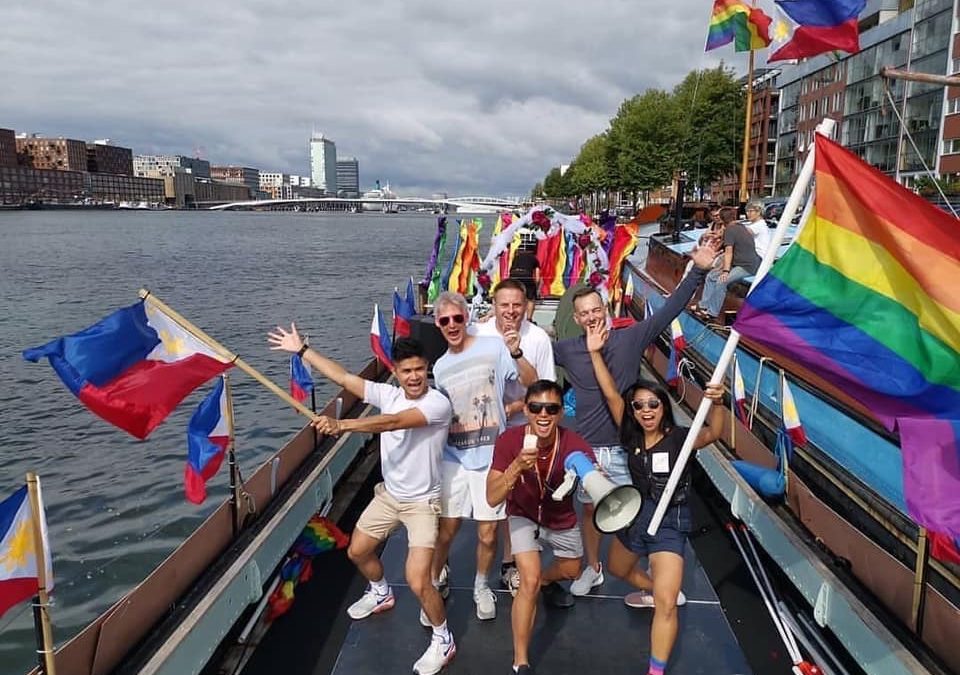 OUTSOURCED: FORBES.com — When you leave your home country to live elsewhere, it doesn’t necessarily mean you don’t care about the place  you were born and grew up in anymore. You might still want to be involved in local politics or social activism albeit “from a distance.”

But how can you be an activist in a  country if you don’t live there? To answer this question I reached out to Filipino activist Chris Sta Brigida, chairman of the Amsterdam-based Filipino LGBT Europe foundation.

Established in 2018, the foundation advocates for the rights and welfare of Filipino LGBT people living both in Europe and in the Philippines. They do so by focusing on three goals: promoting LGBT pride, pushing for the approval of the SOGIE equality bill – an anti-discriminatory legislation – and campaigning for HIV awareness. The Philippines has a low rate of infection but, at the same time, it has one of the fastest-growing rates of new HIV infections per year.  While in 2008, the country registered 2,100 new cases, in 2017 the number ballooned to 12,000. Men having sex with men account for the vast majority of new cases.

“We always strive to share a constructive message,” Chris Sta Brigida said, “even when we’re talking about HIV awareness. For example, we use slogans like ‘health is wealth’ to put the emphasis on what you can do to prevent the disease.”As for what are the most effective ways to campaign from abroad, Sta Brigida has no doubts: “We rely mainly on Facebook and Instagram, the most popular social networks in the Philippines. We definitely do a lot of online campaigning.” At the same time, the foundation engages also in offline activities, organizing weekly meetups across Europe to discuss pressing issues and brainstorming on possible ways to advance their social demands in the Philippines.

“I also keep in touch with local activists and politicians to avoid losing contact with the situation ‘on the ground,’ so to speak,” added Sta Brigida.

Fighting for social justice while living abroad favored the elaboration of new, peculiar identities: “Some of us have been living in Europe for 20 or 30 years, so we feel Europeans, we feel at home here. But we’re also Filipinos and we still have a very strong bond with our birth place,” said the foundation’s chairman, “being a ‘long-distance’ activist is an additional, strong link with the Philippines.”

Note: This article was written by Davide Banis, first published at the FORBES.com. You may view the original article via this link: CLICK HERE