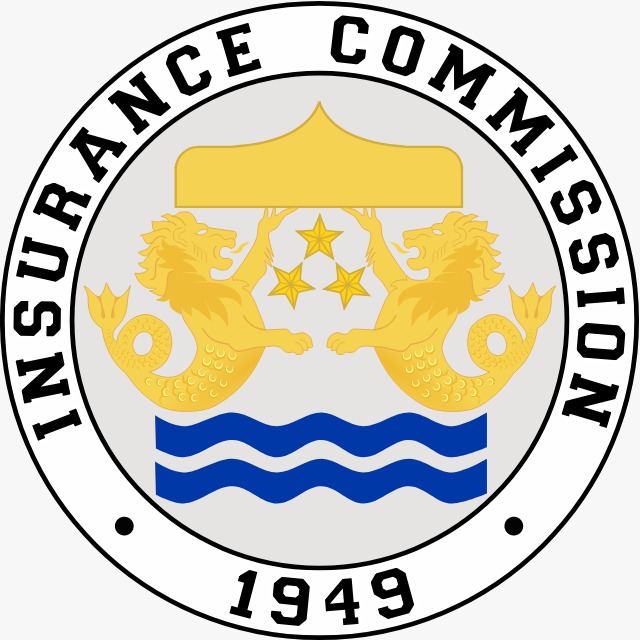 MANILA — Philippine Insurance Commission confirmed that LGBTs can designate their partners as benificies in their insurance plan on a legal opinion issued to the University of the Philippines College of Law, Gender Law and Policy Program dated 4th March 2020.

The Insurance Commission recevied a letter  on 20 January 2020 requesting for the issuance of guidelines in relations to the right of the insured to designate a beneficiary, particularly the right of the members of the lesbian, gay, bisexual, transgender, and queer (LGBTQ+) community to designate their domestic partnets as beneficiaries of their life insurance.

Insurance Commissioner Dennis Funa replied: “The Insurance Commission affirms your position that the insured who secures a life insurance policy on his or her own life may designate any individual as beneficiary, subject only to the exception provided in Article 2012 in relations to Article 739 of the Civil Code ”

Under Article 739 of the Civil Code, the following individuals cannot be named beneficiary of a life insurance policy:

The opinion was issued to Professor E. (Leo) Battad, program director of the UP College of Law Gender Law and Policy Program.

You may read the whole letter below. 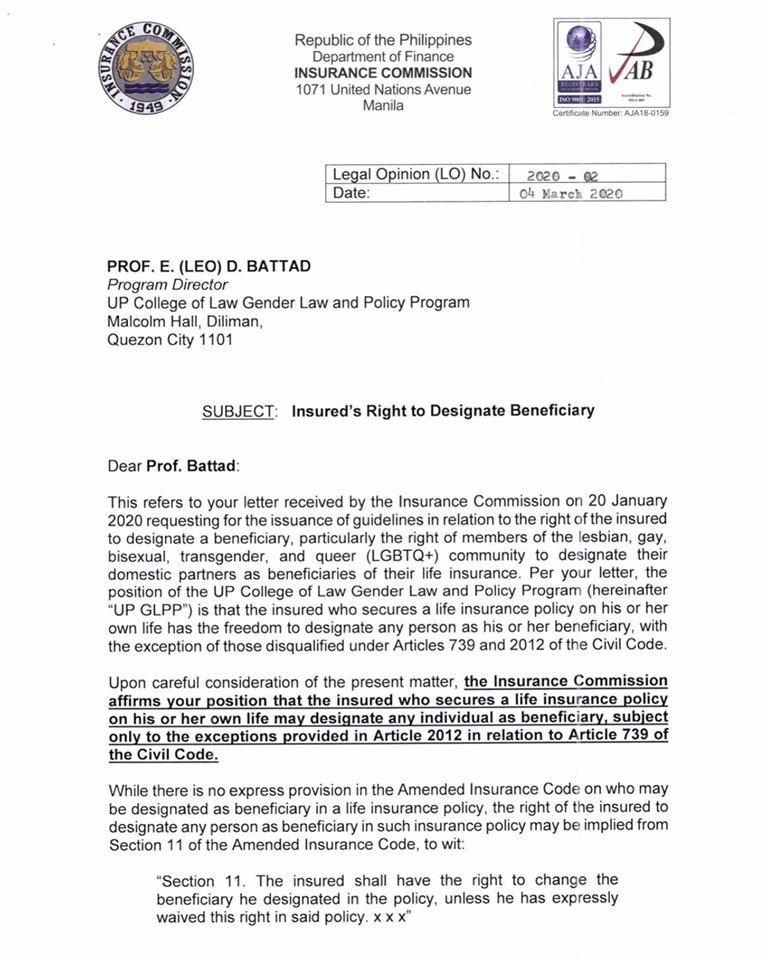 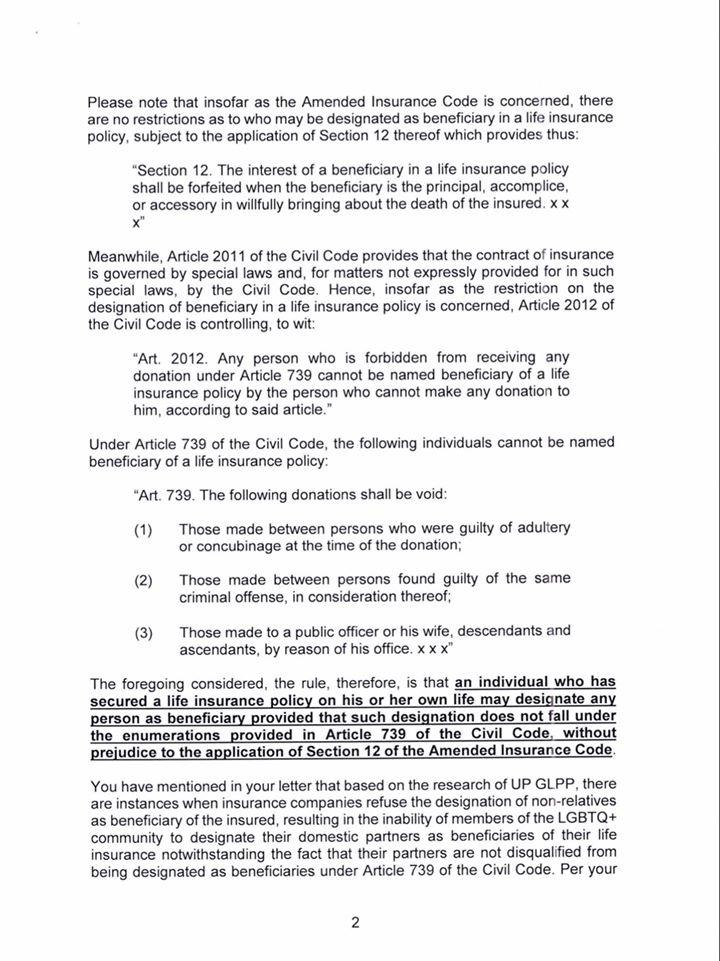 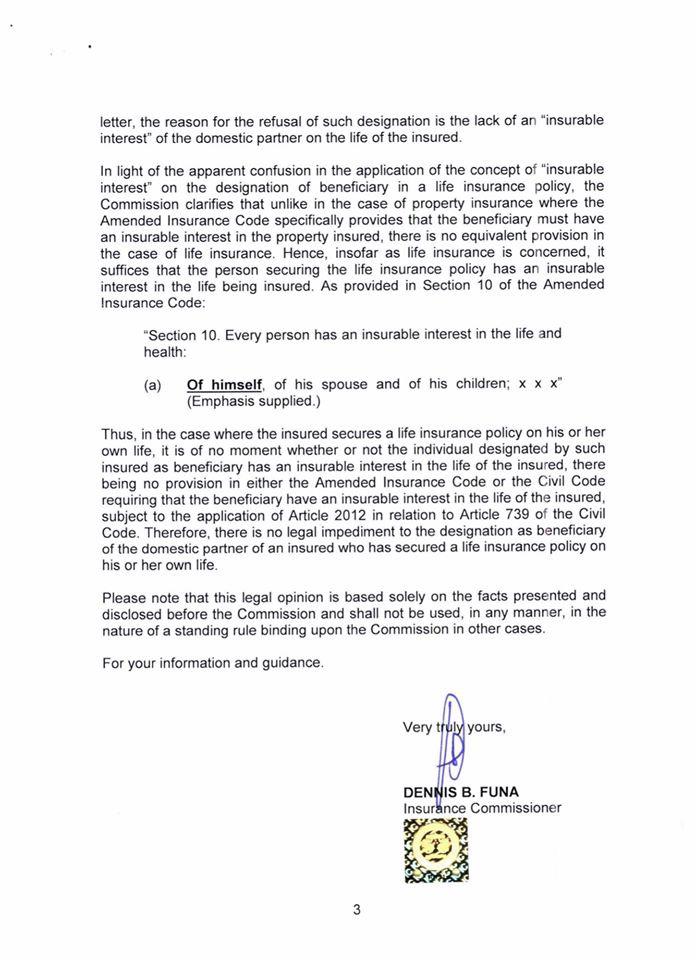