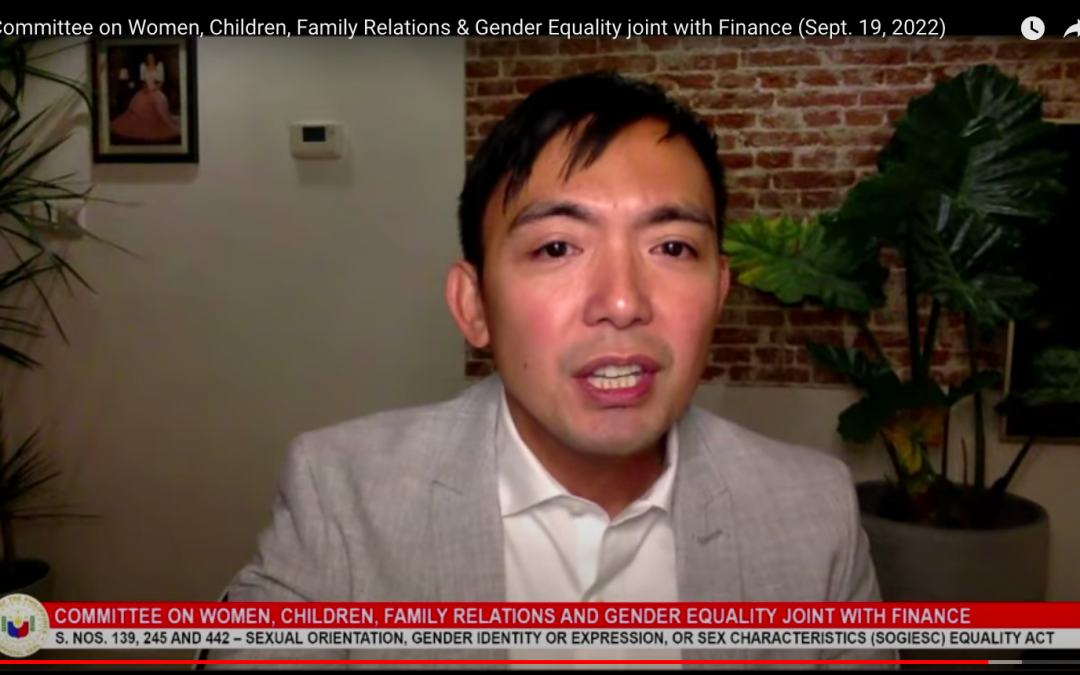 “Filipinos leave their home country not due to financial reasons alone but also due to lack of protection in the country. That is why having a strong Equality law in the Philippines is needed,” Filipino LGBT Europe chair Chris Sta Brigida said during a speech he delivered in the Senate Committee hearing on the Sexual Orientation, Gender Identity or Expression, or Sex Characteristics (SOGIESC) Equality Act. 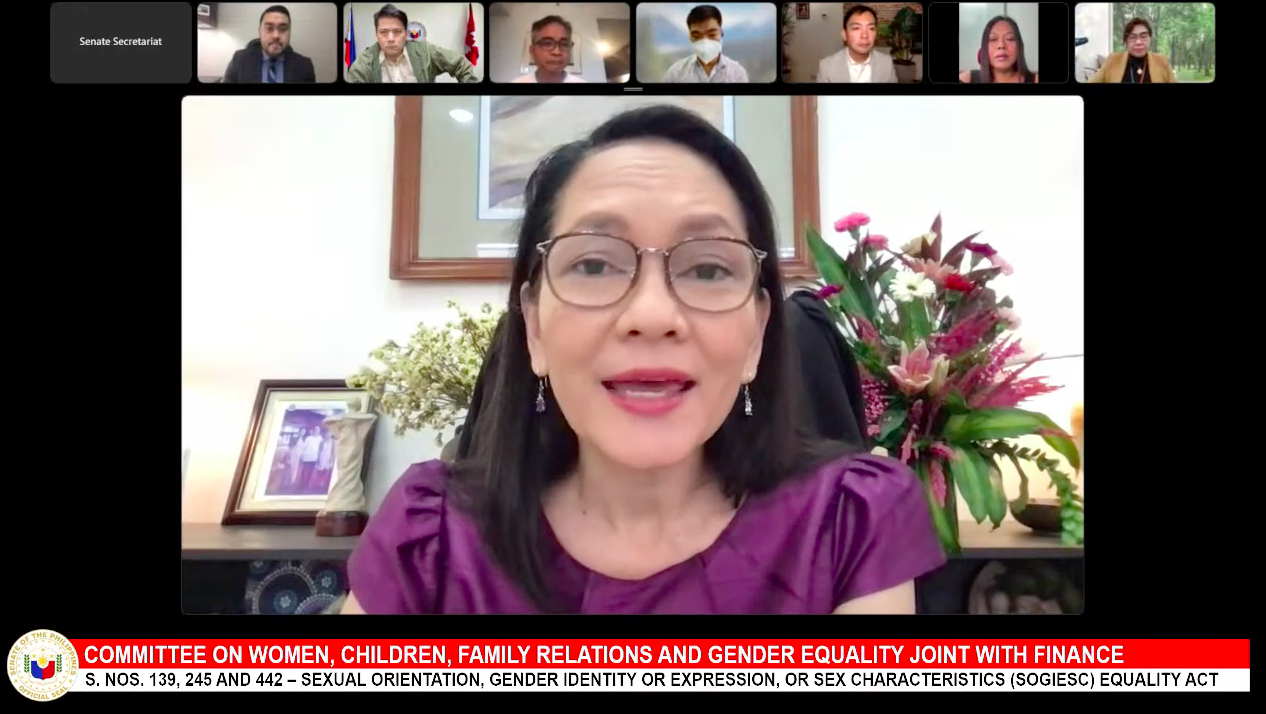 Filipino LGBT Europe chair Sta Brigida attended the hearing on behalf of the foundation and the Filipino LGBT migrant community.

“Like every Filipino, we would like to live with dignity, pride and respect. However, with no existing laws to protect our basic rights as LGBT individuals, we would always be lacking a sense of security and safety. For most of us, going abroad is a way to have an opportunity to live a life that is free from discrimination and oppression. Not everyone wants to leave our country and not everyone who wants to leave has the means to do so.” Sta Brigida said. 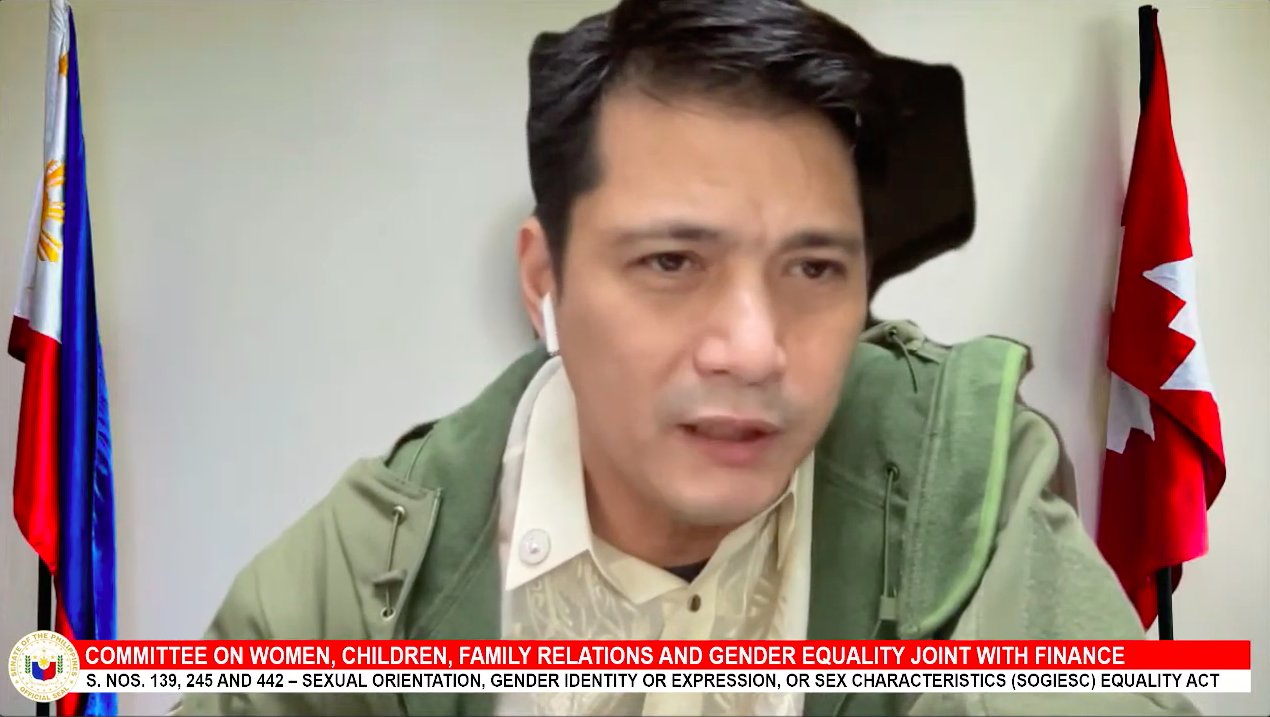 He also highlighted that there are many Filipino migrants who have aspirations to return to the Philippines, but the lack of legal protection stops many in the Filipino LGBT community from going back. He said that coming back home could mean giving up the rights and protection that allowed them to grow and prosper while living abroad.

“A few examples of those rights that we enjoy overseas are the freedom from fear of being unjustly dismissed from work, as well as being denied services due to our sexual orientation or gender identity” he said. 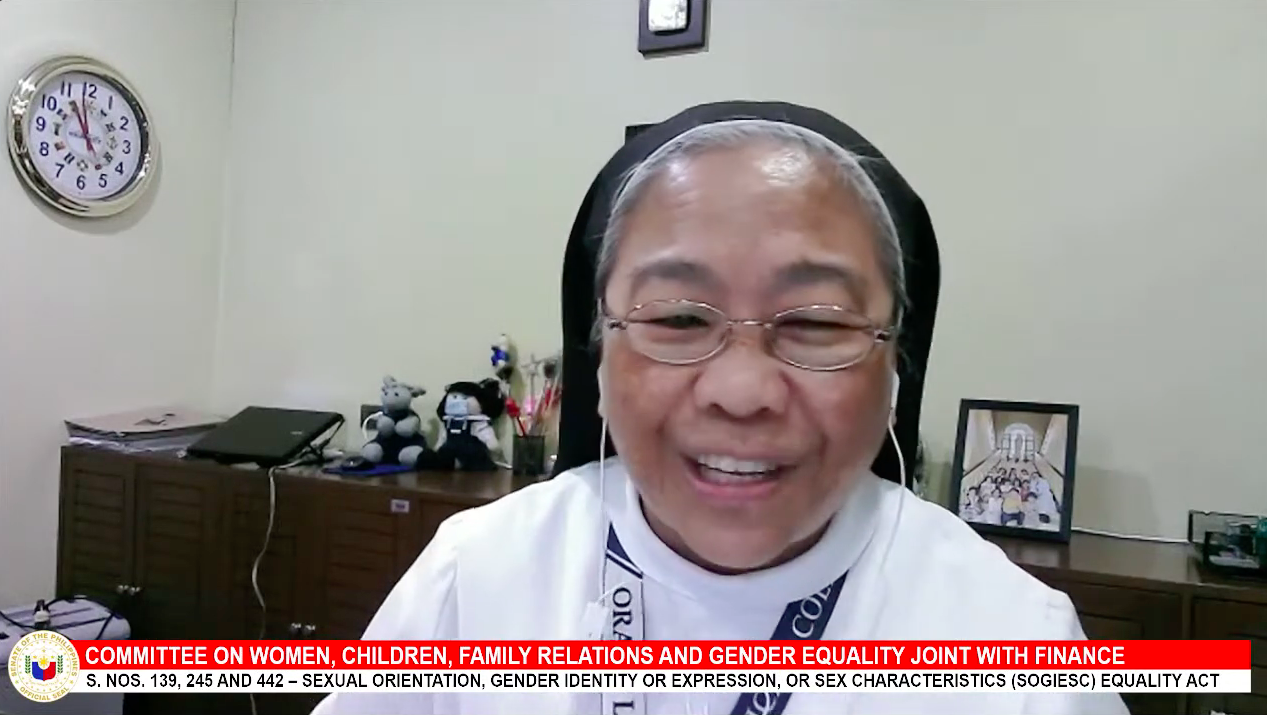 “Sexual orientation, gender identity, and gender expression are rarely the basis for unjust treatment in Christian or Catholic countries like the Netherlands, United Kingdom, France, and even in Spain – who brought Christianity to our country. And if such injustices occur, there are laws and policies that can be used to protect the rights of LGBT individuals.” he added.

Sta Brigida believes that the passing of the Equality Bill will foster an environment of acceptance and a society where everyone can have the freedom to choose, the freedom to express and the freedom to be themselves – without being discriminated against or abused. 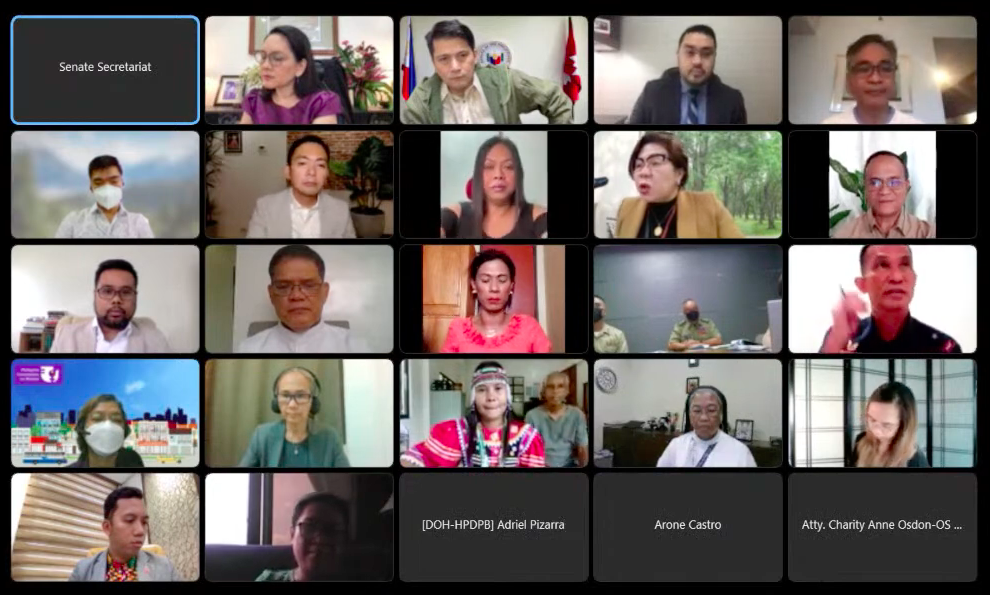 Sta Brigida also commended the efforts of municipalities, cities, and provinces that implementordinances against discrimination against LGBT persons. However, he stressed that these rules are very much dependent on the incumbent local leaders. Therefore, an anti-discrimination law that is enacted across the whole country is necessary.